What Were (Are!) Compulsory School Figures — and Why I Still Teach Them

Compulsory school figures are the crucial foundation upon which modern figure skating was founded more than 100 years ago.

While figures were removed from international competition in 1990 they continue to be practiced today by those skaters seeking maximum edge control, core strength, unerring mental discipline and pristine basics — all of which remain the basis for successful figure skating.

Traditionally, figures are performed on clean ice and are comprised of two or three symmetrical, circular lobes. The tracings that emanate from a skater’s blade create “figures,” or patterns on the ice. 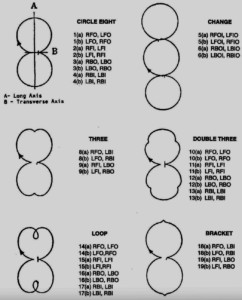 Diagrams of just a few basic school figures and how they should look on the ice. ILLUSTRATION/ISU

Individual figures have names such as “figure eight,” “outside eight,” “change three,” “one-foot eight” — and can include more complex maneuvers such as brackets, counters, rockers and loops, all performed on one foot at a time.

Back when figures were a part of competition, getting them just right could be a nerve-racking experience.

Skaters would trace each figure three or six times; the circles created by the blade had to be perfectly round, and tracings had to be neat and clean.

Figures that contained flats or any sort of lurching movements that would produce aberrations on the ice, received lower marks. The most serious deductions would happen if a skater’s free-foot touched the ice, even for a nano-second.

Judges would stand on the ice in their winter boots, off to the side while each skater performed the figure — then would inspect the completed tracings up close by walking right up to it — even on top of it — all while peering intently, brushing aside bits of snow on the ice, taking notes and rendering their verdict.

Today of course, there are no judges — just the athlete, the blade and the magical patterns that lead to great skating.

When mastered for the sheer joy of understanding movement, turns, physics, symmetry and the circular foundation of all skating edges — practicing figures is a calming art. 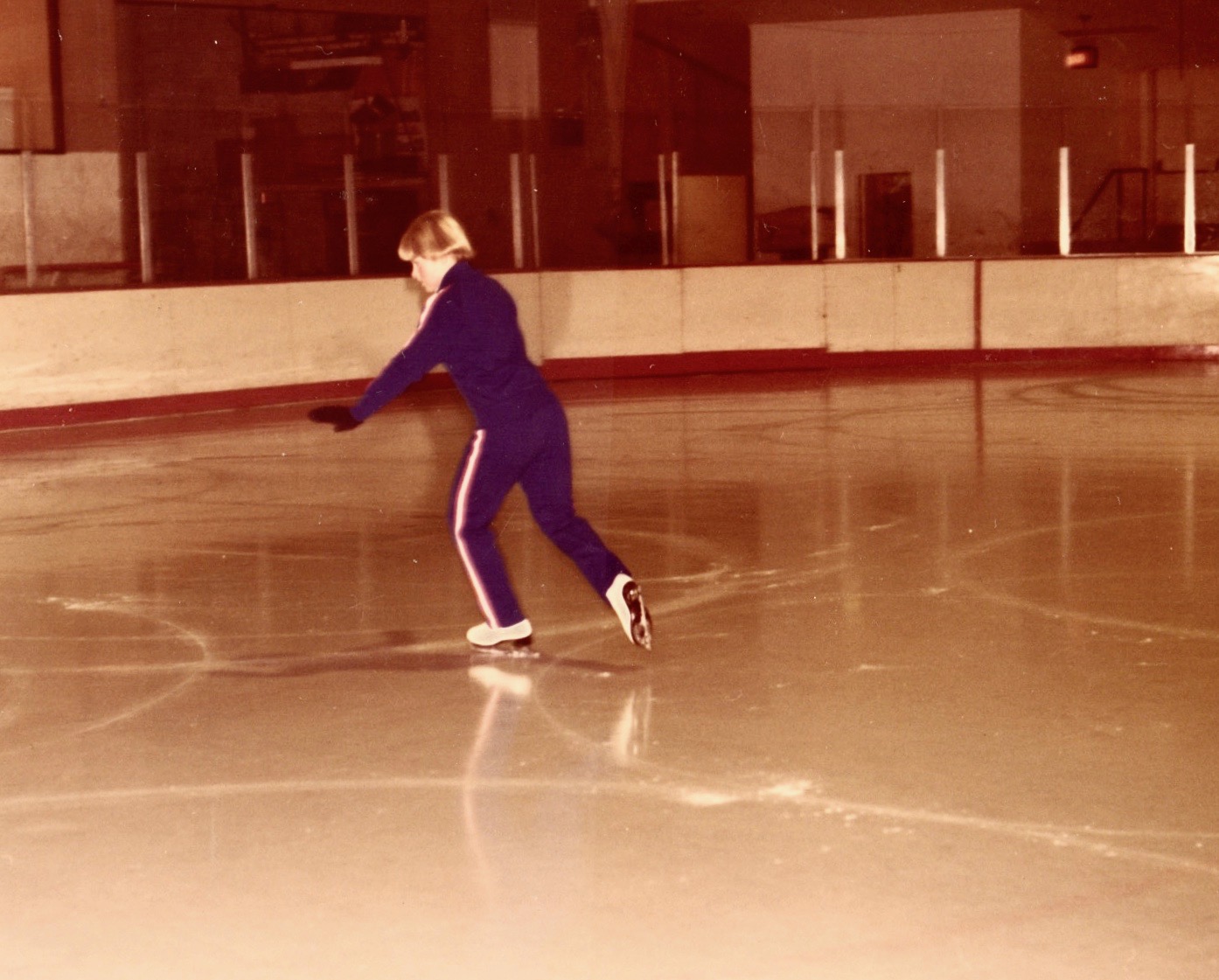 It is the most ideal way for everyone to learn the basics of skating, and it’s a particularly effective way for adult skaters to become comfortable on the ice.

Figures are also an excellent physical work-out, offering a full-body challenge similar to Pilates and Yoga. Many retired competitive skaters who are now in their 50s, 60s and beyond, still practice figures to hone stamina, mental acuity, muscle control and focus.

Back in the day figures were practiced on hour-long “patch sessions” — so named because the ice would be divided into 20 or 24 “patches” (depending on rink size), with each skater staying strictly within one’s assigned patch.

Some skaters, (often those who were strong free skaters), felt hemmed in in this setting. But if you wanted to be a competitive singles skater, doing figures was not a choice.

There were nine tests that would take skaters from the Preliminary level of competition through to the 8th test/Senior level (also known as the Gold test), requiring skaters to perform increasingly difficult tracings.

The discipline typically required two-to-three hours of daily practice, usually over a period of seven or eight years (or longer) to complete all nine tests.

Participation in the competitive categories we know today as Juvenile, Intermediate, Novice, Junior and Senior divisions were determined not by age or jumping ability — but by which figure tests a skater passed. Skaters could not compete at the senior level in singles unless they were gold medalists in both figures and freestyle.

Figures were eliminated from figure skating for a variety of reasons — but primarily because as The Olympics flourished on television through the 1960s and ‘70s the TV networks learned that this segment of the competition could not be monetized as effectively as the free skating rounds.  Throughout the 1970s and ’80s the percentage value that figures contributed to a competitor’s overall score was continually reduced, until this portion of the competition was eliminated altogether.

Also —  general television audiences did not really understand figures. And there was a more serious issue: Judges were sometimes accused of using figures to secretly rig overall results. This was easy to do because this segment of the competition was typically held during off-peak hours, out of view of spectators and TV cameras.

Further, some skaters and judges felt figures were just flat-out mundane and were thrilled to see them go   — particularly because they were time-consuming and expensive to train and compete. 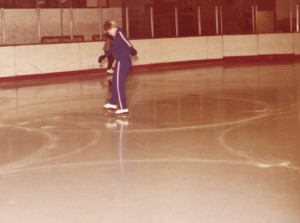 Today very few rinks offer patch sessions, but there is enough renewed interest in this discipline that sessions and workshops are springing up.

In 2015 worldfiguresport.org created the World Figure & Fancy Skating Championships & Festival — to preserve the sport’s history and retain figures as a viable on-ice discipline.

And today, because figures are not part of qualifying competitions and tracings need not be highly scrutinized, they can be learned on most any relatively quiet ice session.

Though there has been much debate over the years about whether the elimination of figures has irreparably harmed the sport, it’s clear that doing them almost always enhances a skater’s technique.

While the Moves In Field testing structure was brought in later on to “replace” figures, it doesn’t teach quite the same subtleties and nuances that figures do, primarily because MIF moves are patterns based on big half-circles — not precise tracings done on full-circles.

Today there are reportedly just a few hundred remaining figures gold medalists working as coaches in the U.S. Many of us with this elite training are actively working to pass down this vital knowledge so future generations of skaters and coaches will have the skills to keep the sport fundamentally and financially sound.

– Copyright Deborah Wilker and skatewithdeb.com, all rights reserved – 09/16/2018 – May be used with certain permissions – please contact skatewithdeb.com for guidelines.